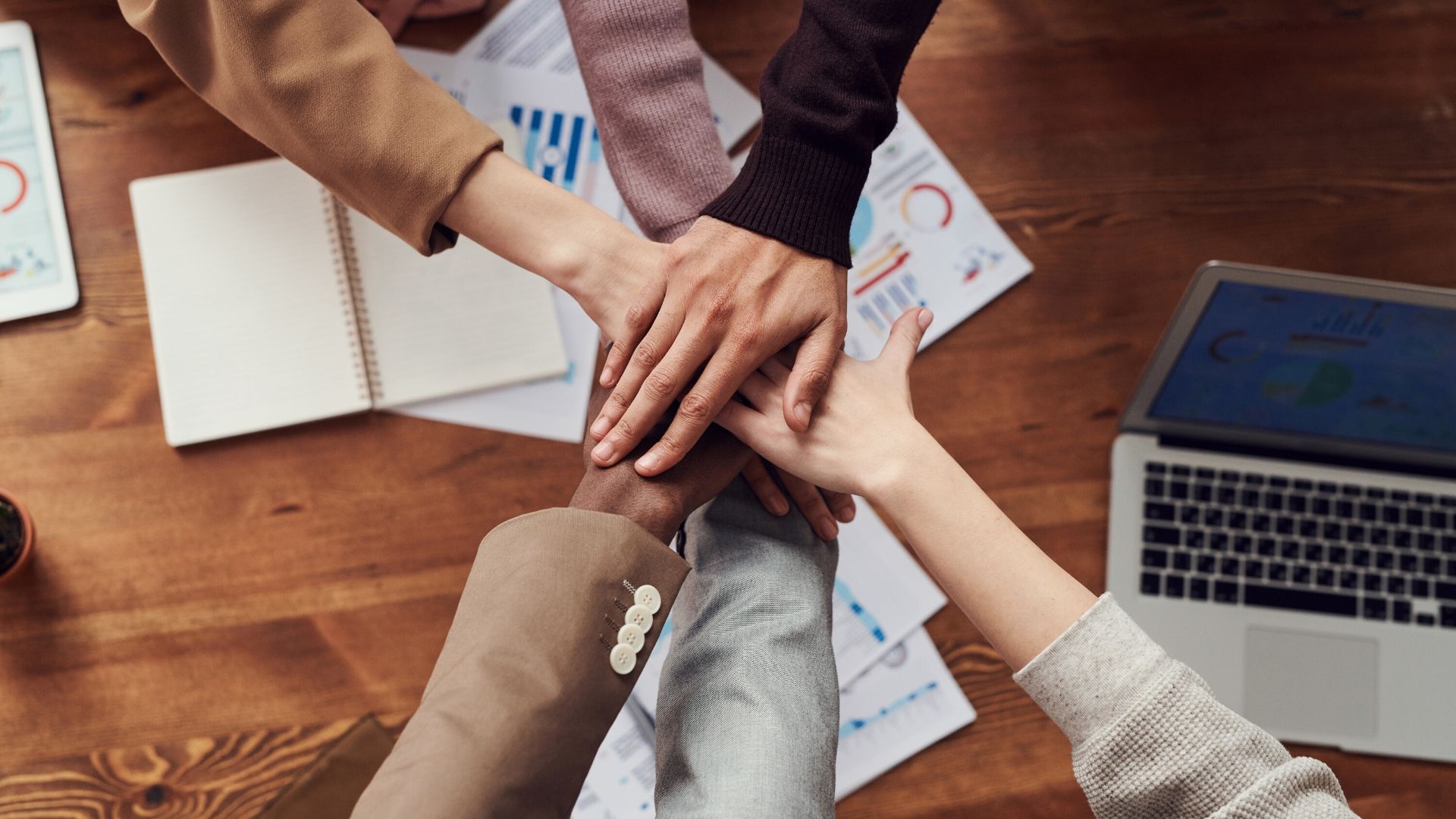 Founders of the Top Impact Startups in the Nordics

The global impact community is exploring the recipe for transformative businesses. Connecting transformative entrepreneurs and investors is exactly what Oxygen2050 is set to do. Being the change you wish to see, like Gandhi famously said, is a critical part of personal transformation.

Juho Makkonen – speaker at Oxygen unconference in February 2019
Juho Makkonen bought back his company (a sharing economy platform on which you can create your own Airbnb or Uber without coding skills). Sharetribe was set out to become a global platform on which people could build their own sharing economy services. It raised venture funding from well known venture capital funds and set out on the journey of a startup to be sold to a bigger company in few years time. After a few years the team started to realize a mismatch of values with this venture building model. A difficult conversation with the investors. As a result of the soul seeking the team introduced a model that would provide fair return to investors on the company’s success, but the controlling shares were to be released to the employees and the cofounders. The fair return is paid as 40% share of the company’s profits until all shares have been bought back. In the process to company’s articles of association were modified to reflect its mission to democratize the sharing economy. The Finnish trade registry documents of Sharetribe state:”The company aims to foster an economy where resources are utilized efficiently, created value is distributed fairly, and people have control over the conditions of their work.” The firm is now run with a foundation like steward-ownership model in which the founders of the company and VCs get an upside on success of the company, but the company itself is run by people involved with it on daily basis. Steward-ownership appears to be kin to self-ownership. The model is used by the Zeiss and Bosch companies, which are owned by foundation and the control of the foundation is in the hands of the company’s employees. The structure prohibits the company to list itself on public stock exchange. The use of profits is also restricted to the uses set out by the foundation. Steen Thomsen has researched such companies. His findings include higher profits, longer life cycle and better employee retention. These firms also spend more of their investments on sustainable development. The term steward-ownership introduced by the Purpose Network, which aims to transform companies from profit seeking to purpose maximization. The institutionalization of a company may happen even with the best of employees, but the Zeiss and Bosch cases point that such model can operate for more than a century. Sharetribe’s market is that of fast evolving internet software – with control of the company in its employees hands the team should be able to divert the course of the firm should the market change and changes were necessary. Sharetribe, Zeiss and Bosch share base of business ideology in which profits are means to an end with a self-ownership model promoting feeling of purpose. At Sharetribe the entrepreneurial spirit is awake with those employed as should you leave the firm’s employment you will need to return the shares to the company.

Yonathan Parienti – speaker at Oxygen unconference in February 2019
Yonathan Parienti heads Horyou, a social media network of changemakers. Yonathan left a career in banking to pursue better world via internet. He foresees the network as force for good. He spent more than a decade as a banker. Yonathan advocates a more conscious capitalism. He says we live in a world that excludes people from the opportunity in the economic system. Through epiphanic experiences like feeling of being alive and the realization of hope within the noisy system or finding oneself in an encounter with another person help uncloud what one really want. People are starting to realize that we are not alone, but can achieve something good in our lives. Business is also changing – it is more welcoming to people who want to connect as people rather than as transactions. He started Horyou to connect people for good. Today the platform has more than 300k members, 180 countries to strive for fairer allocation of the system. On the platform one can promote, buy and sell goods and services with Horyou token; for humanity and you. The challenge is funding of social good projects – which Horyou helps in solving. While showing your passion and what you work on is exposed on the website. A transformative entrepreneur earns “lights” instead of thumbs up from the community, and can use them for projects on good. Token uses blockchain technology. Innovations like Bitcoin and other blockchains provide hope to the world of a more equal society. Horyou shows that people are not alone with their ideals; however to support a cause requires finance. Yonathan’s dream is to see smile of hope and giving on people’s faces. It is still early in Bitcoin and blockchain and social good social media adoption. Thus he works towards his vision by travelling and inspiring people to connect and help people start considering that we are one humanity. His hint to us is to learn about history, it’s full of inspiring people that have fought for their values. Learning from the past shows that changemakers are not alone. Through humanity it has evolved through people who feel that they are part of a continuum of change for the better.

Visa Viren, one of the co-founders and mentors at the Oxygen accelerator in Fall 2019
Visa has family entrepreneurial background from north Ostrobothnia province of Finland. Already at pre-school age he accompanied his father to the factory at odd hours as they solved customer issues as entrepreneurs do – any day, any time. Source of income, form of survival is primary concern for an entrepreneur. It comes through hard work, complete flexibility, long hours and the business and its customers first thinking. A young Visa considered the why of everything. It didn’t lose it’s importance, but other things that keep us so busy overshadowed the purpose seeking. In due time at the outset things were well, yet sleepless nights, ache followed even if day had been a successful one. Although joy and success was found in work, in the deep something was missing. The focus was on the result rather than the journey. The startup culture in the world’s northernmost technology center was grinding, need to control, the fail fast ideology misses out on sympathy and space for oneself.

Visa read western business and personal development books, followed by books on asian philosophies – the root of these culturally different belief systems was shared. A journey to oneself began by seeking what felt relevant by trying out meditation; methods to understand better oneself as an entity and how things relate to one another. The more he saw and understood, the more he realized the cliche that that in order to change the world one needs to change oneself first. Gradually change took hold and sped over the last 4 years as old beliefs – primarily the need to control was let go. everything Understanding that controlling everything is not possible, it is a cause of stress and an ongoing feeling of emergency keeps the body in constant fight or flight mode.

”Letting go… is super important as I can now just trust that things will evolve generally towards a direction I am comfortable with. Trust is within, focus on yourself, drop the rational ego’s disturbing, controlling thoughts – be present in the moment. That’s my advice. Just do what is needed for the moment. We are already one in the universe. Ego puts images on top of what’s true. Focus on removal of the unnecessary. One way to prioritize is through a bit morbid thought, visualize people talking about your life achievements at your funeral.”

Many people in business today are able to bring about their dreams in real life. Entrepreneurship is about leading the pack, going where others don’t go without fear of being different. Visa has always had a strong desire and ability to listen to what’s right and feels right. Probably through his mother whose background is in social work.

Dr. Kristina Lagerstedt (CEO) & Dr. Susanne Staaf (COO) – Founders of 1928 Diagnostics, a Swedish company based in Gothenburg with strong ties to both the tech and science community, bridging knowledge from biology and medicine into software development.

Kristina has a clinical research background from Sahlgrenska University hospital where she focused on diagnostic markers and personalized healthcare. She has an excellence in cell and molecular biology and genetics and has multiple experience in commercialisation activities of academic research.

Susanne has extensive experience from product development at AstraZeneca and also conducted academic research at Karolinska Institute. She has an excellence in biochemistry, cell and molecular biology and molecular pharmacology and has long experience from leading and participating in interdisciplinary project teams as well as generating, reporting and filing data according to regulatory requirements.

Rafal Modrzewski (CEO) & Pekka Laurila (CSO) – Founders of ICEYE, providing global satellite monitoring for governmental and commercial use, helping to resolve challenges in disaster management, security, and insurance, amongst others.

Patrik Lundström – CEO of Renewcell AB, a Swedish company that has figured out how to recycle clothes for real.